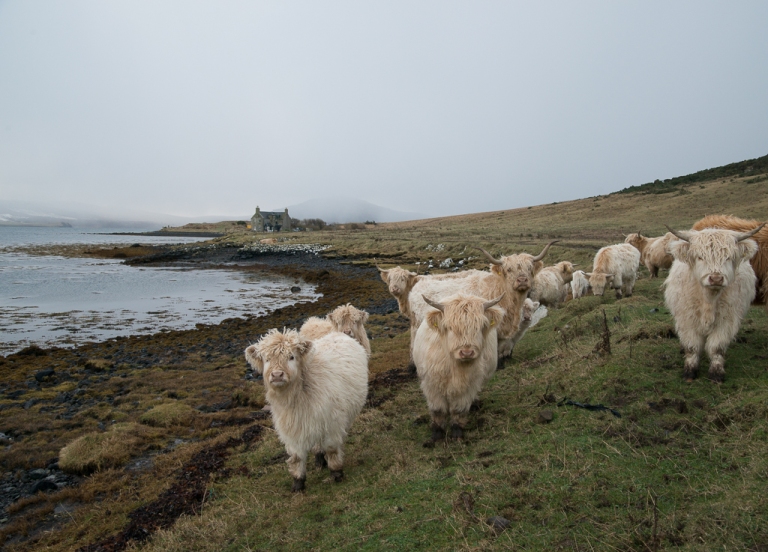 The weather has been very wintery. Bitter cold winds with a bit of snow and hail thrown in for good measure. I haven’t ventured very far the last few days. I’ve spent most of my time indoors for the last couple of days getting on with my next lot of cushions.

By this morning cabin fever was setting in. The wind had died down. Time to get out! The gritters have been keeping the roads clear. I have been impressed to hear the gritting lorry come past the house in the mornings while it has still been dark. I was initially surprised that they have bothered to grit a single track dead end road with about ten houses along the length of it! I drove to Ardmore at the end of the Waternish Road and went to Ardmore Wines as they were having an open day for locals to sample some wines and eat mince pies! Driving along the farm track I met these beautiful Highland cows.

This is a text widget, which allows you to add text or HTML to your sidebar. You can use them to display text, links, images, HTML, or a combination of these. Edit them in the Widget section of the Customizer.
%d bloggers like this: